Named for Benjamin Ide Wheeler, university president during Berkeley's "golden years" from 1899-1919. The French Baroque facade includes arched doorways leading into a vaulted auditorium lobby, ionic columns across the middle floors, and a colonnade ornamented with urn-shaped lamps symbolizing, according to designer John Galen Howard, "the light of learning." It was added to the National Register of Historic Places in 1982.

Restrooms: There are two sets of usable restrooms on the basement and first floors, both providing side transfer stalls. 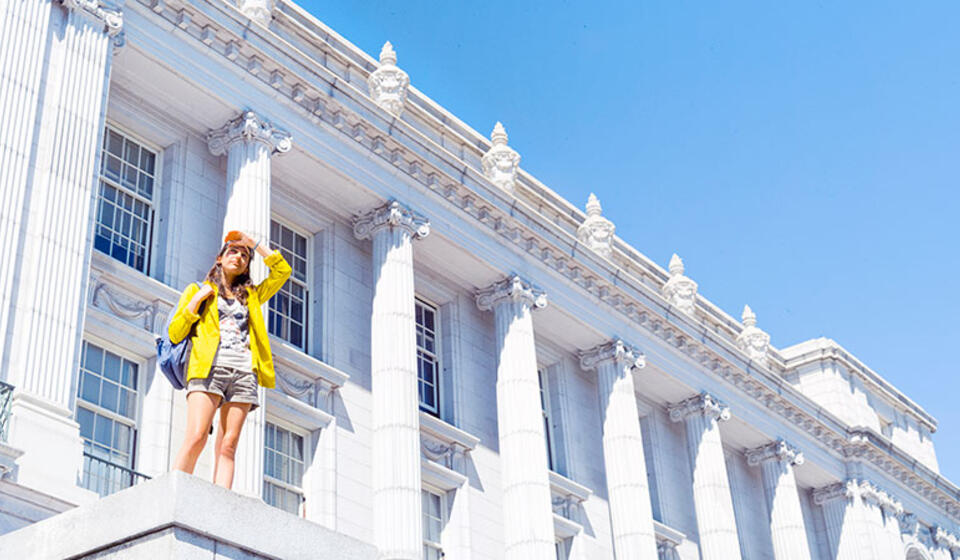 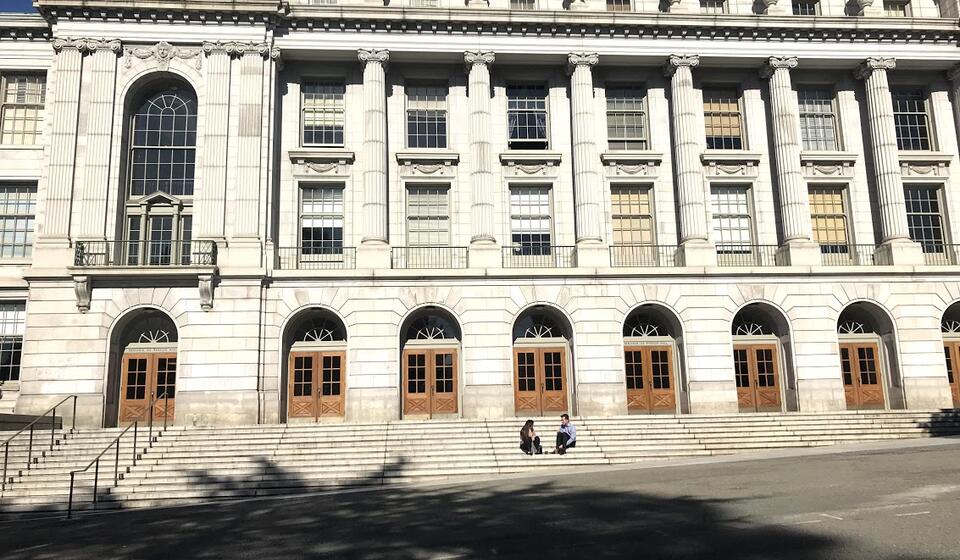 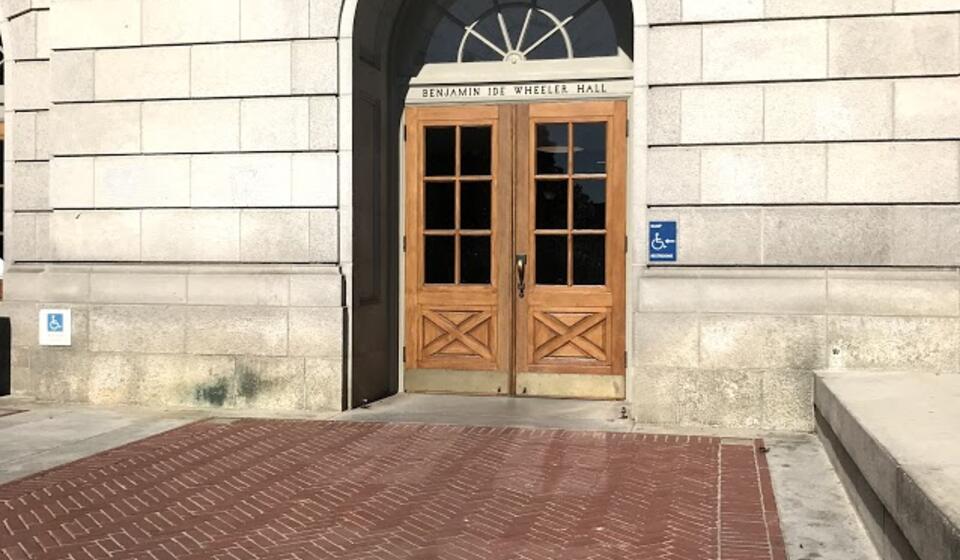 An accesible entrance to the south side of Wheeler hall 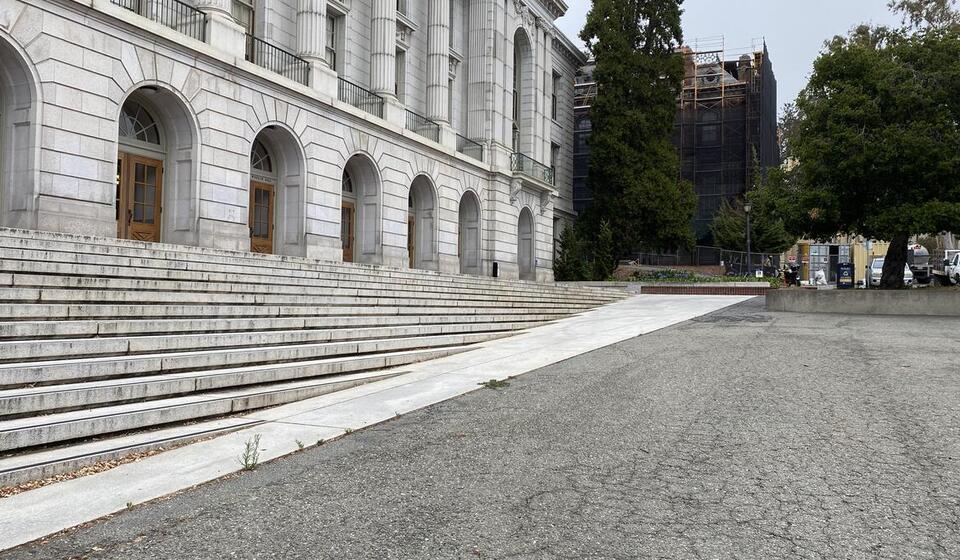 Wheeler has 19 general assignment classrooms and one lecture auditorium. It is home to the English and Creative Writing Departments.